Nohman joined DKLM in 2011 having worked for established law firms both in the United Kingdom and Hong Kong.

He graduated from Swansea University with a Law Degree, and continued his studies obtaining a Master’s degree in International Commercial Law from the University of Birmingham.

He is a native speaker of Cantonese, Urdu, Hindi and Punjabi. Nohman was born and raised in Hong Kong, and completed most of his education under the Canadian curriculum. Because of his multi-cultural upbringing and unique set of language skills, he is able to easily build rapport, connect and cater to the needs of DKLM’s diverse range of clients.

Outside the office, Nohman is actively involved with various charities including Crisis UK. He has participated in the London-Hong Kong Dragon Boat Festival for the past 7 years.

Promotions and Additions to the DKLM Team 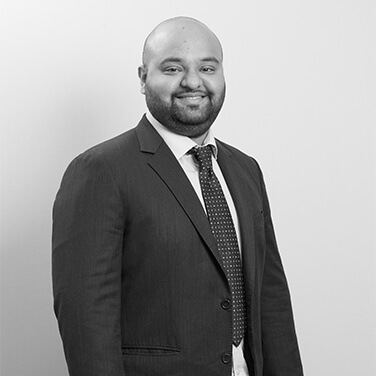 Some cookies are essential, whilst others help us improve your experience by providing insights into how the site is being used. The technology to maintain this privacy management relies on cookie identifiers. Removing or resetting your browser cookies will reset these preferences.